A family story: a father-daughter team of radiologists 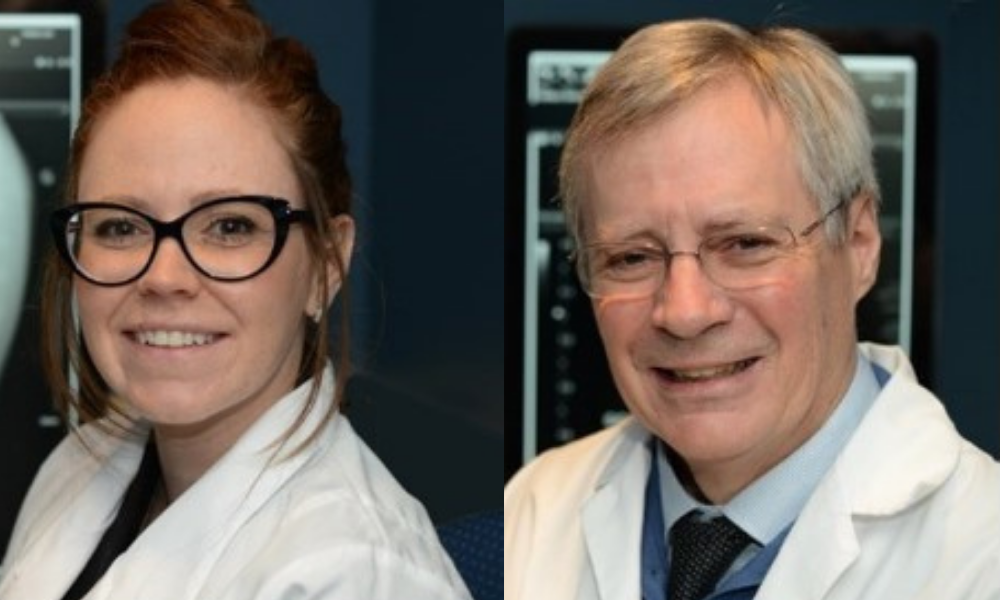 Read on to discover the story of Dr. Pierre Robillard and Dr. Julie Robillard, a pair of outstanding radiologists!

When three generations share the same passion, it becomes part of their DNA! Growing up, Pierre Robillard witnessed his father’s dedication as a radiologist working with sick children at Hôpital Sainte-Justine. “He loved his work. That’s what initially made me interested in the field of medicine and the choice of becoming a radiologist then occurred naturally.”

For his daughter Dr. Julie Robillard, seeing her father’s own dedication left a mark on her. “When my brother and I were young, my father would take us with him to his clinic on Saturdays. Despite how hard he worked and the long hours, his passion never faded,” she says. Even though she didn’t really understand his work at first, watching her father ignited the same love for medicine in her and she also opted for a career in radiology. “I’m also a passionate person! I love going to work every day,” she adds.

Why choose radiology over another specialty? “Radiology is fascinating! We try to establish a diagnosis by looking at images. It’s a bit like being a detective,” says Dr. Pierre Robillard enthusiastically. While some radiologists prefer interacting with images instead of patients, he says he enjoys both. After completing a subspecialty in angiography, he undertook training in Doppler ultrasound. Both of these areas of knowledge allow him to directly interact with patients. And as an associate clinical professor at Université de Montréal, Dr. Robillard has dedicated some of his time to teaching.

For her part, Dr. Julie Robillard always knew she wanted to work in the health care sector, but she hesitated between several specialties before settling on one. By choosing radiology, and then subspecializing in cardiothoracic imaging, she was able to combine two fields of great interest to her: radiology and cardiology. After a residency in Ottawa, she returned to Montreal and began working for the Montreal Heart Institute in July 2014. “It was where I always wanted to work,” she says.

The challenge of configuring the medical imaging department

When Dr. Julie Robillard began working at the Institute, no one was working full-time in the radiology department. Only a few specialists contributed their time when needed, meaning there was much work to be done. “I joined the Institute at the same time as a colleague from my year. I was running around everywhere my first day so that afternoon, I called my dad to help me!” she says.

That’s how Dr. Pierre Robillard came to provide his daughter assistance… and fell in love with the Institute. “At the age of 65 and after a career at the CHUM, I was wondering if I was going to keep going or retire. When I answered Julie’s call for help, I was immediately struck by the atmosphere of the place. I loved it and now I get to work with my daughter!” He officially joined the Institute’s tight-knit family in 2015 as head of the department. Since then, new members have joined the team and the department is now running full steam.

At home and at work: a happy collaboration between father and daughter

Is working with family a blessing or a burden? For the Robillard-Robillard team, there is no doubt that it has been a fun opportunity. “My father is not a stressed-out person. I’ve never felt extra pressure when working with him. It’s just like when I was a child: I can see he loves his job and sharing his passion. He’s a kind person. We both learn a great deal from each other. And I can have lunch with my dad every day. Not everyone gets the same opportunity!”

For the father, working in close collaboration with his daughter is a source of pride. “When I see her every day, I feel joy and pride. I was never able to share that with my own father because he retired when I began my career. To experience this with my daughter is incredibly special.”

The privilege of pursuing a career at the Institute

“We’re lucky at the Institute,” says Dr. Pierre Robillard. The cutting-edge technology and highly efficient tools have allowed the Institute to become one of the most important institutions of its kind in the world. The Foundation’s role is essential to ensuring access to state-of-the-art equipment. And the entire community, from the medical staff to donors, is actively invested in helping it pursue its mission. During the inauguration ceremony of a high-volume scanner in 2015, a major donor showed up with his wife, children, and grandchildren. “Everyone was fascinated by the device. They were obviously thrilled to see how their donation came to life. They signed a cheque and were then able to see for themselves what the device is capable of and how it can benefit patients.” Members of the staff often open their doors to the public during guided tours organized by the Foundation (these tours are currently suspended due to COVID-19). Every member of the staff is motivated by a desire to share and convey the extraordinary work being done at the Institute.

For Dr. Julie Robillard, part of the department’s success is due to the team. “The technologists, radiologists, surgeons, cardiologists… we all know each other, and we all have the same goal: to find a solution for our patients. Everyone does what they can, and we all work in close collaboration.”

Above and beyond for the patient

Because of its cardiac vocation, the Institute welcomes many patients from other hospitals in Montreal and throughout Quebec. When a patient is admitted at the Institute, they are treated using a global approach. “When I became head of the department, that was very important for me,” says Dr. Pierre Robillard. “We don’t only treat the heart. A patient’s condition is often much more complex. Strokes, high blood pressure, and other health problems… If we treat everything, we can cover different angles and make sure we don’t miss anything,” says Dr. Julie Robillard, who sees her job as anything but routine!

So what does Christmas dinner conversation entail with two health care professionals who work together? “With a nurse mom and a radiologist dad, we talk about health!” says Dr. Julie Robillard with a laugh. But beyond case studies, it is often the patients and situations that have had an impact on them that become topics of conversation. In sum, no one can doubt their mutual admiration and their desire to help patients. And it is with immense joy that they will continue to achieve great things at the Montreal Heart Institute! 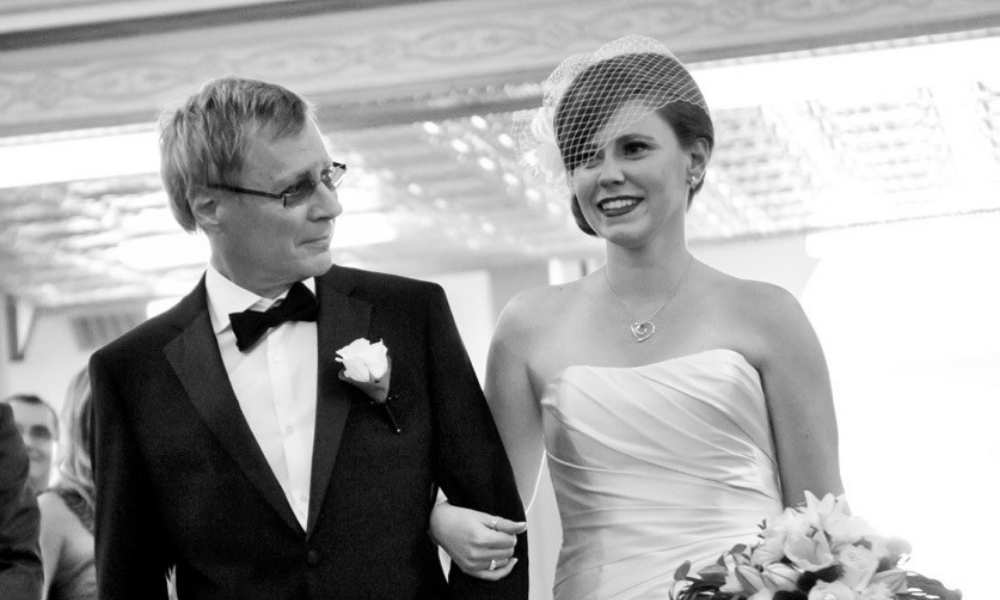 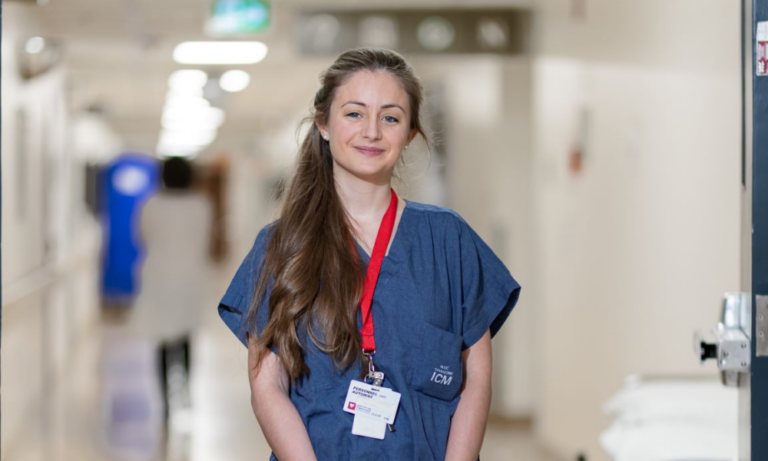 In 2020, Argentinian cardiologist Laura Vidales began her second year of fellowship at the Institute, where she continued her superspecialized work in congenital heart defects. This innovative branch of cardiovascular medicine has blazed a path for itself with rapid advances over the last few years. Thanks to the support of the Foundation’s donors, Dr. Vidales and many other doctors have become acquainted with the Canadian healthcare system. 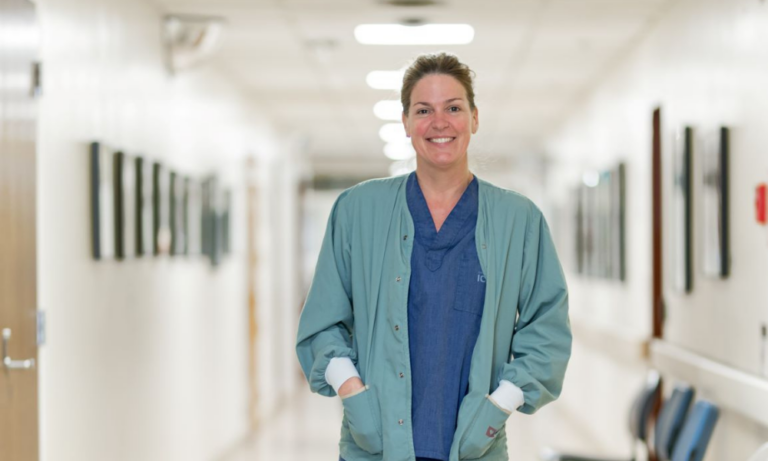 Even as a child, Caroline Dupré knew she wanted to be a nurse. “Taking care of people is what’s most important to me. When I was small, I carried around a little doctor’s bag and put bandages on my dolls. You could say I figured out pretty early on that I wanted to work in a hospital.” Growing up, she set her sights on working at the Montreal Heart Institute, a dream that quickly came true.